The main potential risk to public health from the use of wastewater for agricultural irrigation is the transport of pathogens to crops through insufficiently treated wastewater. In light of the threat of antibiotic resistance to global health, there is increasing concern regarding the potential role of wastewater treatment plants in the spread of antibiotic resistant genes and bacteria. In addition, there is evidence that crops irrigated with treated wastewater may contain pharmaceuticals and other emerging contaminants of concern. It is still unknown whether exposure to very low levels of pharmaceuticals and other contaminants from consumption of crops irrigated with treated wastewater is associated with adverse health effects.

Current regulations for wastewater quality address the potential public health risk due to pathogen transport, as well as the potential public health and agricultural risks due to the presence of metals in wastewater. The Ministry of Health (MoH) and the Ministry of Environmental Protection (MoEP) are jointly responsible for setting standards for the quality of water used for irrigation.

The standards define two types of wastewater used for irrigation:

Current policy requires separating the treated wastewater used for irrigation from the irrigated crop. This includes, for example, defining a minimum distance between the effluent and the fruit through drip irrigation, and limitations regarding the time intervals between irrigation and harvesting (drying in the sun for 60 days helps reduce the pathogen load). The specific requirements also depend on the irrigated crop - for example, there are fewer restrictions on wastewater irrigation for produce eaten dried (such as wheat) or produce with a non-edible peel (such as bananas) than for produce eaten fresh with its peel (such as tomatoes)(5).

In Israel, there are currently no regulatory requirements concerning the presence of pharmaceuticals and other contaminants in treated wastewater for crop irrigation. Based on requirements being developed by the MoH, in collaboration with the MoEP and the Water Authority, factories that produce or develop pharmaceuticals must submit a list of all pharmaceuticals and chemicals that are used or produced in the factory so that testing requirements can be designed for each facility. Issuance of the business license for the facility will be contingent upon testing and reporting.

MoEP regulations from 2004 require that sewage sludge from wastewater treatment plants undergo efficient treatment. As of June 2017, the Shafdan Wastewater Treatment Plant (WWTP) is prohibited from disposing sewage sludge into the Mediterranean Sea.

Researchers from the Hebrew University's Center of Excellence in Agriculture and Environmental Health quantified the uptake of pharmaceutical compounds by carrots and sweet potatoes irrigated with treated wastewater and grown in controlled conditions. In both crops, the researchers found traces of the anti-epileptic drugs carbamazepine (CBZ) and lamotrigine, and of caffeine, with higher levels in the leaves than in the roots(9). This team of researchers also found that CBZ levels were significantly higher in vegetables irrigated with treated wastewater, compared with those irrigated with freshwater (Figure 2)(10).

Figure 2: Concentrations of CBZ and its Metabolites in Agricultural Crops Irrigated with Treated Wastewater versus Freshwater
Source: Paltiel et al., 2016(10) 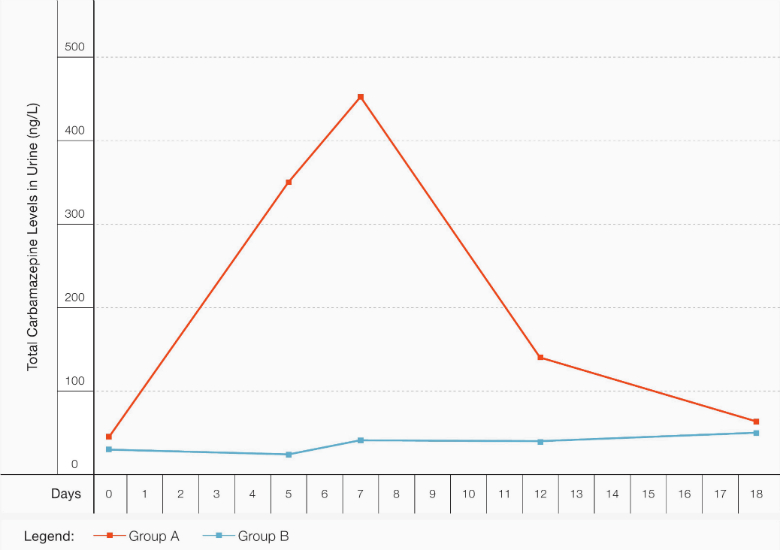 This team of researchers is now extending the study to examine CBZ levels in urine of healthy Israelis consuming their usual diet, in order to assess CBZ exposure in sub-populations including children, vegetarians, pregnant women, and the elderly.

Researchers at Ben-Gurion University (BGU) and the MoH analyzed the impact of wastewater and floods on water quality and the health of fish in a water reservoir. The researchers examined the levels of nutrients and organic micro-pollutants (OMPs) during 2013-2014 in the Yeruham Lake, and the OMP levels in sediment and fish tissues. The researchers found low concentrations of four OMPs (estrone, CBZ, diclofenac, and bezafibrate) in the lake. Polychlorinated biphenyls (PCBs) and dioxins were found in fish muscle and liver at very low concentrations. Histopathological analysis of the fish in the lake showed they were healthy(12).

Researchers from the MoH and the Agricultural Research Organization’s Volcani Center are participating in research projects funded by the European Union: the ANSWER (ANtibioticS and mobile resistance elements in WastEwater Reuse applications) project and the NEREUS (New and Emerging Challenges and Opportunities in Wastewater Reuse) project(3).

There has been progress in advancing policy to reduce discharge of pharmaceuticals from pharmaceutical factories into sewage. In addition, the MoH is making efforts to raise public awareness regarding safe disposal of household medical waste(6).

Researchers in Israel have made significant progress in recent years in studying the potential exposure of the population to pharmaceuticals and other contaminants via crops irrigated with treated wastewater, and in understanding the role of wastewater treatment plants in the dissemination of antibiotic-resistant genes. The participation of Israeli researchers in several EUfunded projects, including a survey of antibiotic-resistant bacteria in 30 wastewater treatment plants worldwide, is noteworthy.

There is a need for further research on these emerging issues and a need for continued collaboration and communication between researchers and policy makers.

In 2016, two seminars were conducted with the participation of experts from academia and government officials: