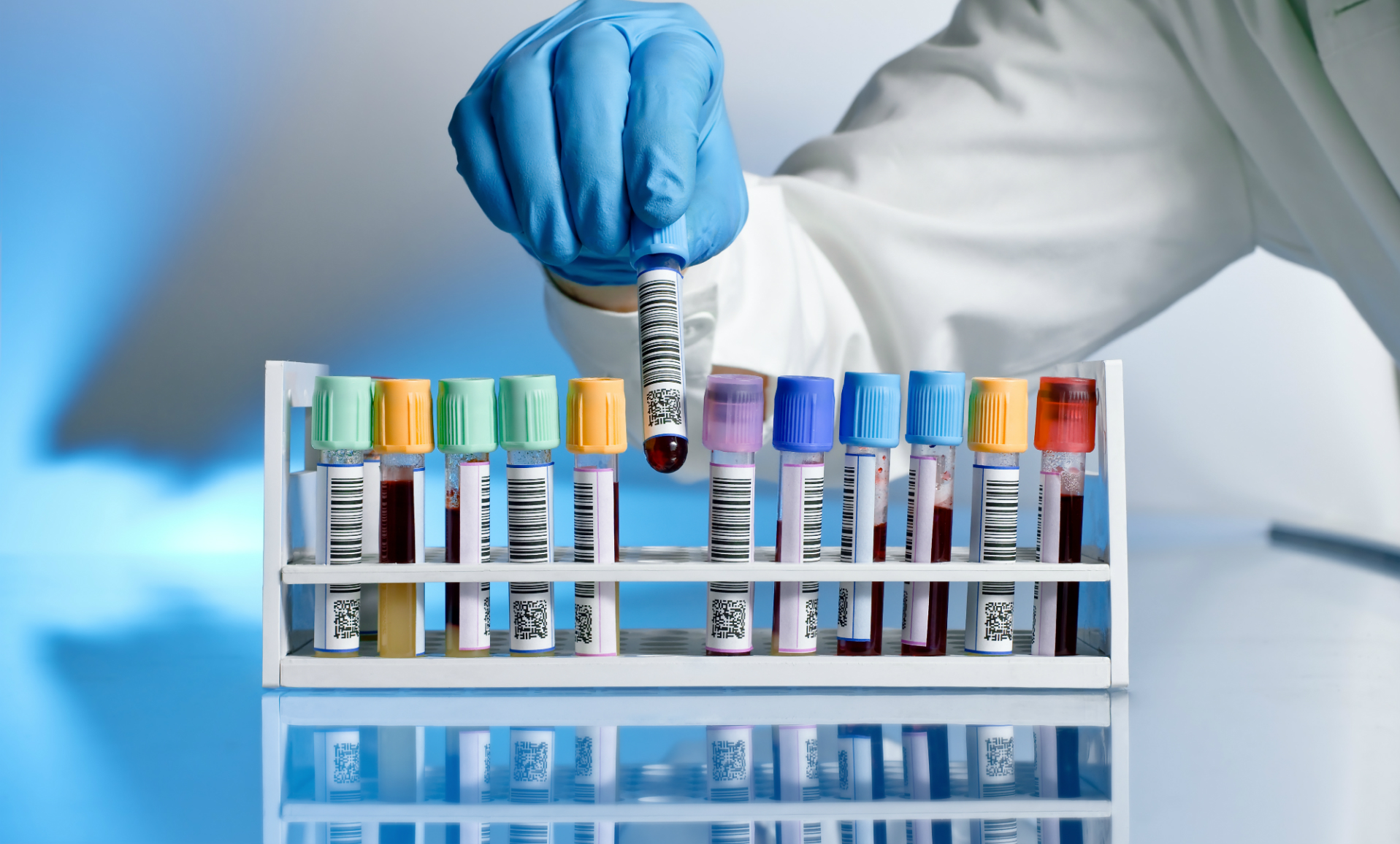 Human biomonitoring (HBM) is a tool for measuring exposure to environmental chemicals by measuring substances, their metabolites, and biological markers at the cellular or molecular level, in the body’s fluids and tissues, such as urine, blood, breast milk, and hair. HBM can be used to assess environmental exposures in humans at the individual level and in clinical medicine (for example, in diagnosing lead poisoning).

On the population level, HBM has emerged as a powerful tool for assessing cumulative exposure to mixtures of chemicals. HBM data can be combined with environmental data to identify exposure pathways, and with health data to support associations between human exposure to chemicals and adverse health outcomes, including subclinical effects. HBM can be used to identify and highlight vulnerable populations, to support the design of targeted policy measures to reduce exposure to environmental contaminants, and to assess the effectiveness of policies intended to reduce such exposure.

HBM data have many uses in environmental and health research and in policymaking. Thus, many countries, including the United States, Canada, Germany, France, Belgium, Spain, Italy, the Czech Republic, and South Korea, have developed National Biomonitoring Programs(5).

As in most European countries, there is no legislation in Israel requiring human biomonitoring in the general population. While the National Health and Nutrition Survey (MABAT) has served as a platform for HBM, there is no official policy on integrating HBM into these periodic surveys(4).

In 2016, the Ministry of Health (MoH) initiated a preliminary prioritization process of chemicals for biomonitoring in Israel. Based on findings from the 2011 MoH Biomonitoring Study indicating widespread exposure in the Israeli population to chemicals, and additional criteria, such as the severity of the public health hazard and the potential uses of HBM data in policymaking, OPs and cotinine were identified as high priority for continued HBM in Israel(4). The 2015-2016 National Health and Nutrition Survey (Rav-MABAT) included collection of urine samples in a subsample of 200 adults and 100 children for analysis of OP pesticides and cotinine.

Data on Human Biomonitoring in Israel

Since the publication of the Environmental Health in Israel 2014 report, new findings from these studies were published: 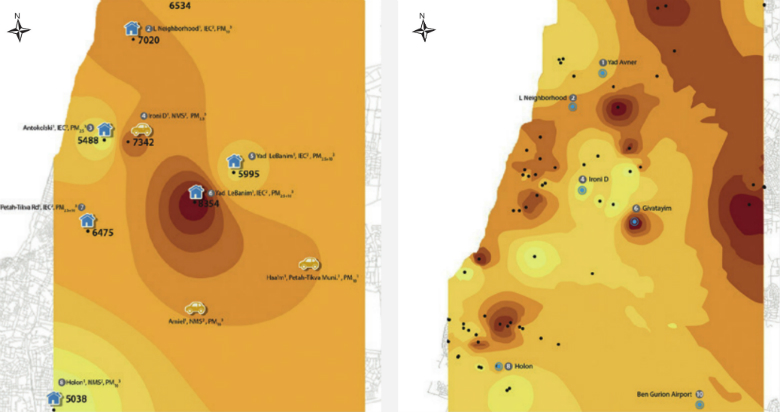 In a study of pregnant Bedouin women in southern Israel, researchers at Ben-Gurion University found higher urinary concentrations of aluminum among women residing within 10 km of the Neot Hovav industrial area, and among women who reported using a wood burning stove and cooking over an open fire. Exposure to aluminum was associated with birth defects, premature birth and low birth weight(6).

A collaborative study by researchers from the MoH and from academia in the Palestinian Authority and in Germany showed that urinary OP metabolite levels (total dimethyl phosphates) were lower among pregnant Palestinian women compared to pregnant Jewish women in the Jerusalem area. The researchers suggested that the lower urinary concentrations of OP metabolites may result from lower consumption of fruits and vegetables in the Palestinian population and/or from more limited use of pesticides on the crops consumed by this population(1).

A pilot study conducted by researchers from Tel Aviv Sourasky Medical Center and the MoH studied exposure to pesticides and endocrine disrupting chemicals (EDCs) among vegans and vegetarians. The study showed that vegans and vegetarians had higher exposure to OP pesticides, with a modest reduction in exposure to phthalates compared to the general population in Israel(3). The median creatinine-adjusted concentrations of total dialkyl phosphates (DAPs) and TCPy were significantly higher among vegan and vegetarian residents compared with the general Jewish population in Israel (0.29 μmol/g compared to 0.16 μmol/g for DAPs and 4.32 μg/g compared to 2.34 μg/g for TCPy). On the other hand, creatinine-adjusted concentrations of high molecular weight phthalates were 20% lower in vegans and vegetarians (88 μg/g compared to 111.0 μg/g). The study highlighted the role of diet and lifestyle in exposure to environmental contaminants at the individual level(10).

Researchers at Hebrew University’s Center of Excellence in Agriculture and Environmental Health developed a novel technique for trace analysis of the antiepileptic pharmaceutical carbamazepine and its metabolites in human urine. This technique was used to show that healthy individuals who consumed treated wastewater-irrigated produce excreted carbamazepine and its metabolites in their urine, while subjects who consumed fresh water-irrigated produce excreted undetectable or significantly lower levels of carbamazepine(9). 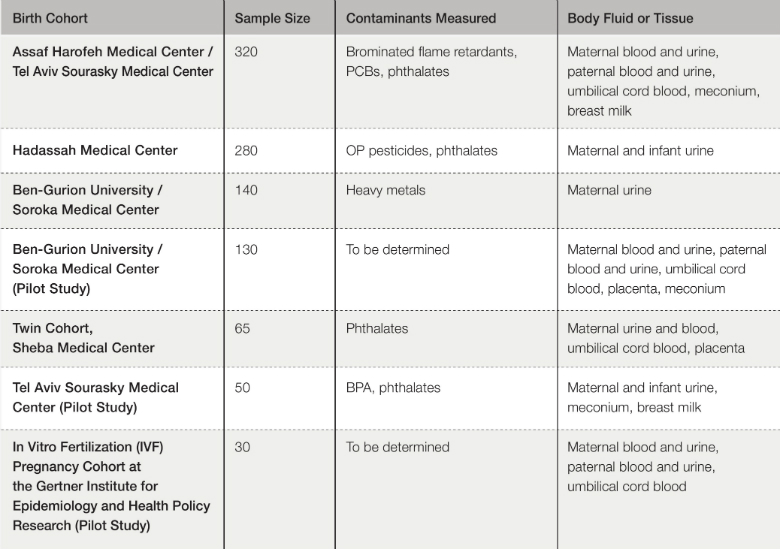 In Environmental Health in Israel 2014, the major challenges in the field of biomonitoring included the lack of regional or international harmonization, the lack of a long-term plan for HBM in Israel, and the absence of laboratories with proven capacity to measure low-level exposure to environmental contaminants in biological samples.

Significant progress has been made in joining a regional harmonization effort. The MoH is participating in the HBM4EU project, a consortium of 28 European countries promoting the use of HBM as a tool for policymaking and risk assessment. The MoH’s primary roles in the consortium will be to examine the use of health surveys as a platform for HBM, and to participate in a project on exposure to chemical mixtures, with a focus on pesticides. As part of the HBM4EU project, biomonitoring data from Israel will be integrated into the European Information Platform for Chemical Monitoring.

There has been little progress in the development of a long-term strategic plan for HBM in Israel.

In 2015-2016, the National Health and Nutrition Survey (Rav-MABAT) served as a platform for collecting urine samples for HBM. The use of the survey as a platform for HBM has many advantages, but to date HBM has been an adjunct part of the survey. In order to maximize the potential of using these periodic surveys as a platform for biomonitoring surveys, HBM elements should be considered and integrated early in the planning stages, and HBM should be an official part of the National Health and Nutrition Surveys. The preliminary process of selecting and prioritizing chemicals for HBM in Israel should be expanded to include additional representatives from academia, government, and the public.

There is an abundance of HBM data being generated in Israel from birth cohort studies and from other ongoing studies in the field of environmental epidemiology. There is a need to develop a framework for using research data from cohort studies and other studies to inform policymaking and risk assessment. To date, HBM data has not been integrated into quantitative risk assessments for environmental chemicals in Israel.

Many countries have established national biomonitoring programs. While the lack of a formal HBM strategic plan in Israel has allowed flexibility in setting goals and finding sources of funding, and has facilitated collaboration with the research community, an official government program would secure the long-term sustainability of HBM efforts in Israel.